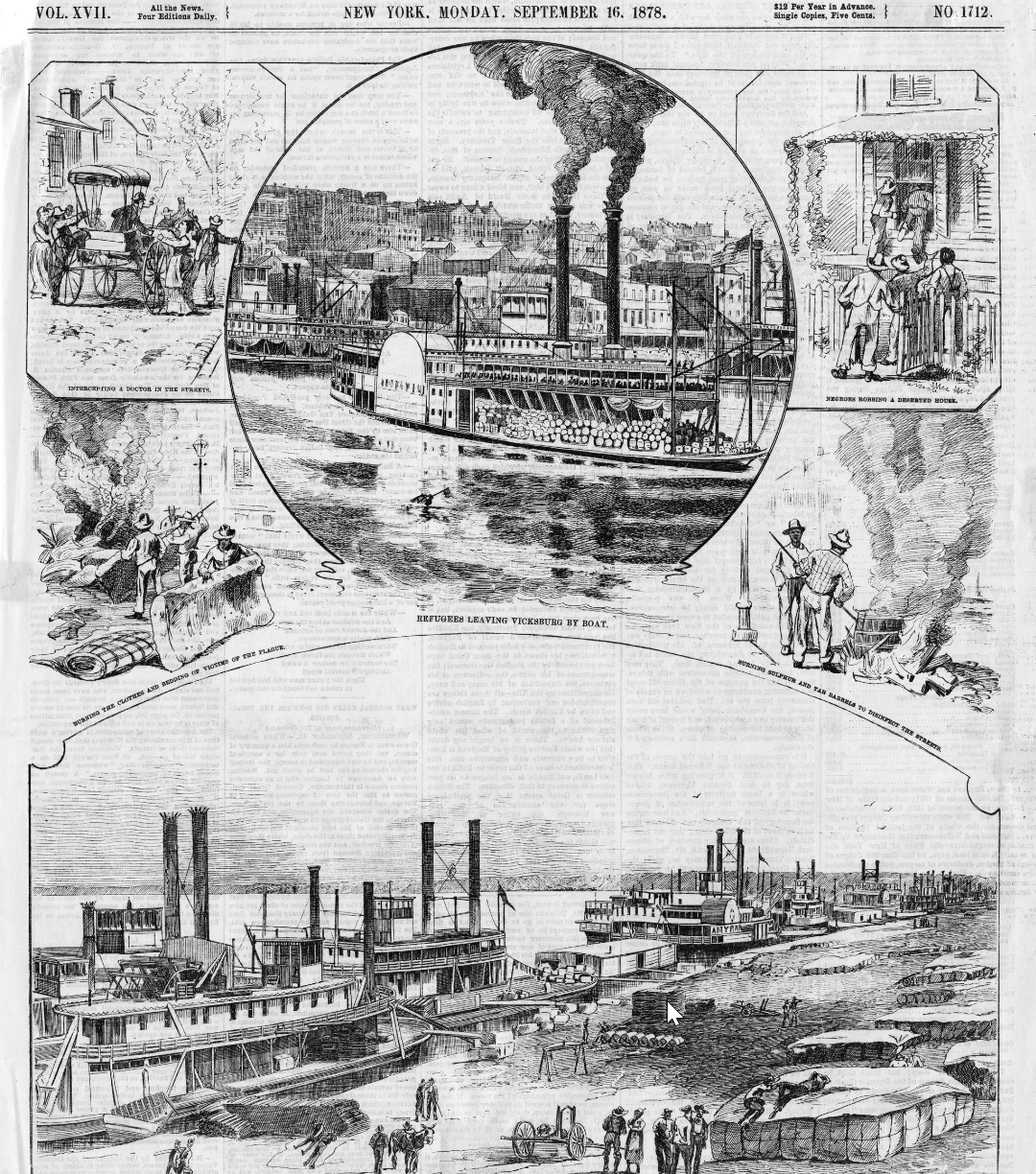 When historian Kathryn Olivarius published her 2019 article, “Immunity, Capital, and Power in Antebellum New Orleans” in the American Historical Review, she didn’t know just how pertinent her study of the social ramifications of epidemic disease in class society would be. By the time she published her book-length account of the same topic, Necropolis: Disease, Power, and Capitalism in the Cotton Kingdom, three years later, Olivarius needed a quick preface to address the elephant in the poorly ventilated room.

Necropolis tells the story of a regional ruling class that struck a devil’s bargain with disease, going beyond negligence to cultivate semi-annual yellow fever epidemics. As a commercial capital for the 19th century’s new world system, New Orleans could count on a constant flow of newcomers — free and enslaved — to feed the sickness personified as “Yellow Jack.” Rather than modernizing to tame death, the city’s “immunocapitalists,” as Olivarius calls them, crafted elaborate ideological justifications and social customs around the disease, using it to prop up the moribund slave-labor regime. With her necrotic New Orleans, Olivarius presents a portrait of a sick society, a picture that looks eerily familiar in the present-day light. —Malcolm Harris