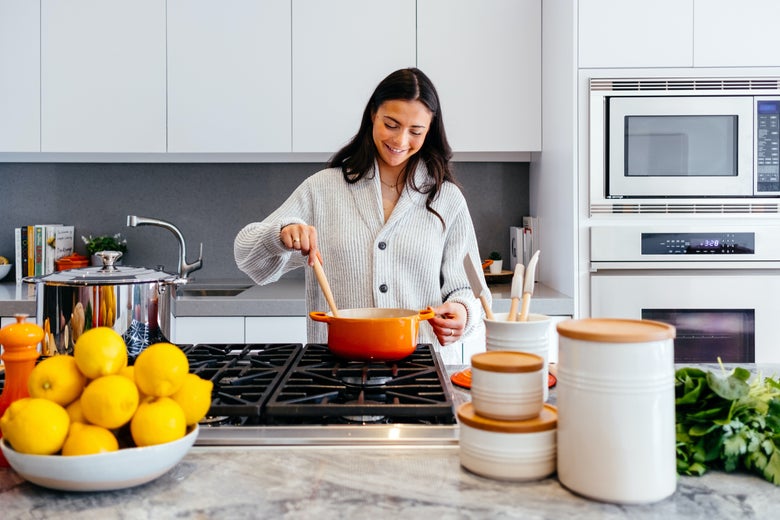 Removing your gas stove is a huge health improvement as you aren’t breathing in toxic gases. We switched to an induction stove top.

One of the clearest signals emerging in the scientific literature is the connection between cooking with gas and childhood asthma — a disease suffered by people of color and lower-income groups at much higher rates than the rest of the population. A 2013 meta-analysis of 41 studies found that children living in homes with gas stoves had a 42 percent higher risk of experiencing asthma symptoms, and, over their lifetime, a 24 percent increase in the risk of being diagnosed with asthma. That study confirmed, in turn, what a 1992 meta-analysis found: Children exposed to higher levels of indoor NO2 (at an increment “comparable to the increase resulting from exposure to a gas stove”) had an elevated risk of respiratory illness. More recently, a 2018 study from the University of Queensland found that in Australia, where 38 percent of households rely on gas stoves for cooking, more than 12 percent of the total burden of childhood asthma was attributable to their use.

Meanwhile, troubling new findings suggest that exposure to NO2 — the primary pollutant of concern from gas appliances — could compound the dangers of the novel coronavirus in communities that are already at higher risk of infection and of dying from the disease. A recent peer-reviewed study led by researchers at Emory University examined Covid-19 mortality data in more than 3,000 U.S. counties, and found that long-term exposure to elevated NO2 was correlated with a higher risk of death from Covid-19 — and that NO2 appeared to be more dangerous than particulate matter or ozone.

Photo by Jason Briscoe on Unsplash

Filed Under: Oil
One end of the Keystone XL oil pipeline