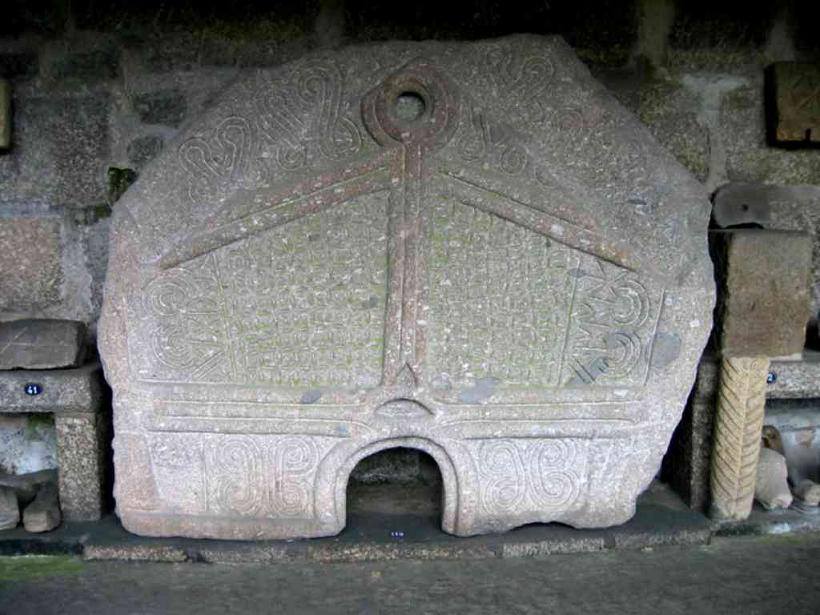 The moura encantada is a supernatural being from the fairy tales of Portuguese and Galician folklore. She often appears singing and combing her beautiful long hair, golden as gold or black as the night with a golden comb, and promises to give treasures to whom sets her free by breaking her spell. (In Galicia, though, they are more commonly redheads). According to José Leite de Vasconcelos, mouras encantadas are “beings compelled by an occult power to live on a certain state of siege as if they were numb or asleep, insofar as a particular circumstance does not break their spell”. According to ancient lore, they are the souls of young maidens who were left guarding the treasures that the mouros encantados (enchanted mouros) hid before heading to the Mourama. The legends describe the mouras encantadas as young maidens of great beauty or as charming princesses who are “dangerously seductive”. The mouras encantadas are shapeshifters and there are a number of legends, and versions of the same legend, as a result of centuries of oral tradition. They appear as guardians of the pathways into the earth and of the “limit” frontiers where it was believed that the supernatural could manifest itself.Mouras encantadas are magical maidens who guard castles, caves, bridges, wells, rivers, and treasures. José Leite de Vasconcelos considered as a possibility that the mouras encantadas may have had assimilated the characteristics of local deities, such as nymphs and spirits of nature. Consiglieri Pedroso also referred to the mouras encantadas as “feminine water genies”. The tales of the mouras are part of a wider lore of the “mouros encantados”, who some times appear as giants or warriors, which also include the mourinhos or maruxinhos, a very small elf like people who live under the ground.