A Story of Balder 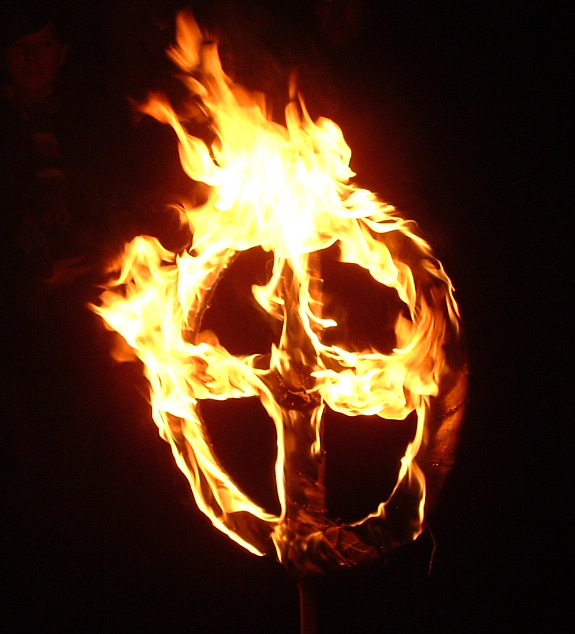 Odin, the king of the Norse gods, often sat upon Hildskialf, the throne of the Aesir gods [see Norse Gods], with his companions, the two ravens, Hugin (thought) and Munin (Memory), whispering in his ears. From this position he could look out on all of the nine worlds. Sometimes his wife Frigg would sit there, too, but she was the only other god who was so privileged. Frigg was the second and favorite wife of Odin, whose daughter she may also have been. She was the only Aesir as clever and knowledgeable about the future as Odin, although her foreknowledge did not depress her as it did her husband.

Frigg had her own palace, which was known as Fensalir, where she sat spinning clouds to float above Midgard. Fensalir also served as the afterlife home for married couples who wished to be together. It was a counterpart to the famous home of valiant warriors, Valhalla, where Odin spent much of his time — drinking (he is said to have stopped eating when he heard about the inevitable doom of Ragnarok) with his feasting and fighting companions and the Valkyries.

The most handsome of the gods was born to Frigg and Odin. He was named Balder (also known as Baldur or Baldr). He was a god of truth and light. Balder was also knowledgeable in healing herbs and runes, which made him a favorite among the people of Midgard. Balder lived in a palace named Breidablik with his wife Nanna (n.b. there is also a Mesopotamian goddess of this name), a vegetation goddess. It was believed that no lie could pass through the walls of Breidablik, home of the god of truth, so when Balder started having frightening nightmares about his own demise, the other Aesir gods took them seriously. Unlike gods in other pantheons, the Norse gods were not immortal. They catalogued everything that might possibly cause Balder harm, from weapons to diseases to creatures. With the list in hand, Balder’s mother, Frigg, set out to exact assurances from everything in the nine worlds not to harm Balder. This wasn’t hard because he was so universally loved.

When she had completed her mission, Frigg returned to Gladsheim, the gods’ meeting hall, for a celebration. After a few rounds of drinks and toasts, the gods decided to test Balder’s invulnerability. A pebble thrown at Balder bounced off without hurting Balder, in honor of its oath. Larger weapons were used, including Thor’s axes and all refused to hurt the god.

Loki is known as a trickster god. Sometimes he was mischievous, but he hadn’t really been malicious. The giants were evil, but Loki, who was the son of a giant, hadn’t been known as such. It seems his self-appointed job was to stir things up when things were going well. It’s a Loki-type action that one wishes to avert when telling an actor to break a leg before a performance.

Loki was disturbed by all the gaiety and decided to do something about it, so in disguise as a disgusting old hag, he went to Frigg while she was at Fensalir taking a break from the festivities. What was going on at Gladsheim, he asked her. She said it was a celebration for the god Balder. Loki-in-disguise asked why, then, were people throwing weapons at him? Frigg explained about the promises she’d exacted. Loki kept at her asking questions until she finally revealed that there was one thing she hadn’t asked because she thought it too small and inconsequential. That one thing was mistletoe.

With all the information he needed, Loki set off to the forest to get himself a branch of mistletoe. He then returned to the festivities at Gladsheim and sought out Balder’s blind brother, Hod, god of darkness, who was in a corner because he couldn’t aim and therefore couldn’t participate in the test of Balder’s invulnerability. Loki told Hod he would help him take aim and handed Hod a piece of apparently innocuous mistletoe to throw.

Hodur was grateful and accepted the offer, so Loki steered Hod’s arm. Hod launched the branch, which caught Balder in the chest. Balder died instantly. The gods looked towards Hod and saw Loki beside him. Before they could do anything, Loki fled away.

Celebration turned to lamentation since the most beloved of the gods had died. Odin alone was aware of how disastrous this event really was for them all, for he knew that with the loss of light and truth, the end of the world, Ragnarok, was due soon.

A funeral pyre was made that was so enormous the gods had to ask the help of the giants. They then placed their most valuable worldly possessions as gifts upon the pyre. Odin placed his golden armband Draupnir. Balder’s wife fell down dead of grief at the pyre, so her body was placed beside her husband’s.