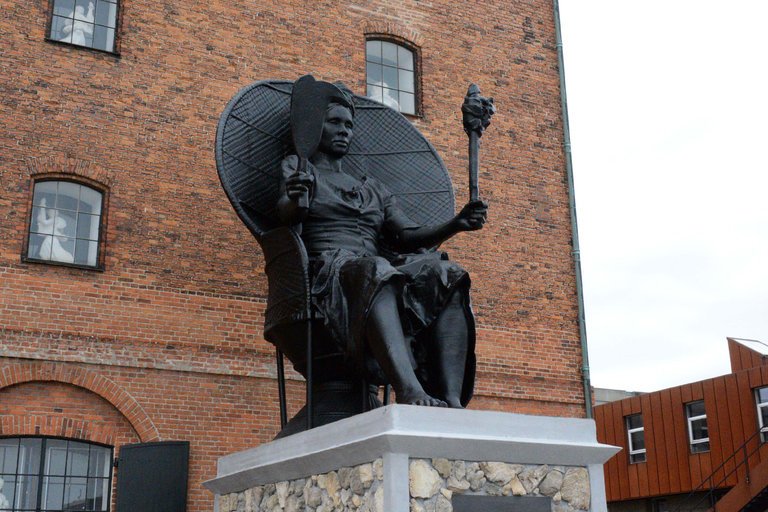 COPENHAGEN — The statue of the woman is nearly 23 feet tall. Her head is wrapped and she stares straight ahead while sitting barefoot, but regally, in a wide-backed chair, clutching a torch in one hand and a tool used to cut sugar cane in the other.

In Denmark, where most of the public statues represent white men, two artists on Saturday unveiled the striking statue that portrays a 19th-century rebel queen who led a fiery revolt against Danish colonial rule in the Caribbean.

It’s being billed as Denmark’s first public monument to a black woman.

The sculpture was inspired by Mary Thomas, who with two other female leaders known as “Queens” unleashed an uprising in 1878 called the “Fireburn.” Fifty plantations and most of the town of Frederiksted on the west coast of St. Croix were torched, in what has been called the largest labor revolt in Danish colonial history.