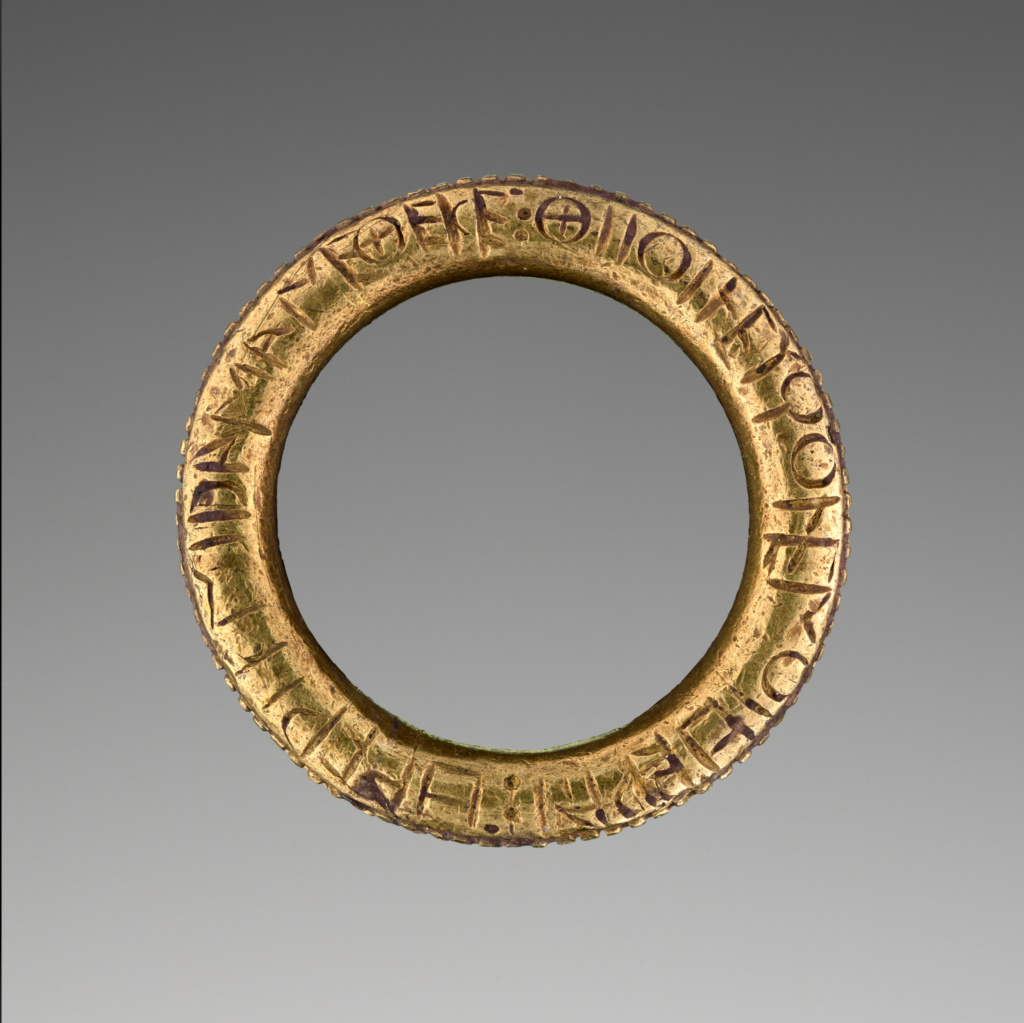 The front of this unusual gold ring is inscribed in Greek with the words, “Harriknidas dedicated [this] to the goddess white-armed Hera.” Its outer circumference is decorated with two rows of dentilated knobs separated by incised grooves. Signs of considerable wear on this outer edge indicate that it had been worn for a long time before the inscription was added and the dedication made. The large diameter suggests that it belonged to a man – most likely its dedicator, Harriknidas.

In the 500s B.C., the way that Greek letters were written differed significantly from city to city. The inscription on this ring uses the script of Argos, a city in southern Greece, and represents the earliest form of the Argive alphabet, suggesting a date in the early-mid 6th century B.C. The inscription consequently represents one of the earliest of all Argive texts. Hera was Argos’s patron deity, and it is probable that the ring came from the Heraion, her main sanctuary in the city. Although Homer routinely calls Hera “white-armed”, the epithet is not otherwise attested at the Heraion, and perhaps indicated Harriknidas’s personal learning. Rings were a favorite dedication at this sanctuary, however, where over six hundred have been found, almost all of which are made of bronze. As an example in silver, this ring represented a costly gift to the goddess.