The Adorable Custom of ‘Telling The Bees’ 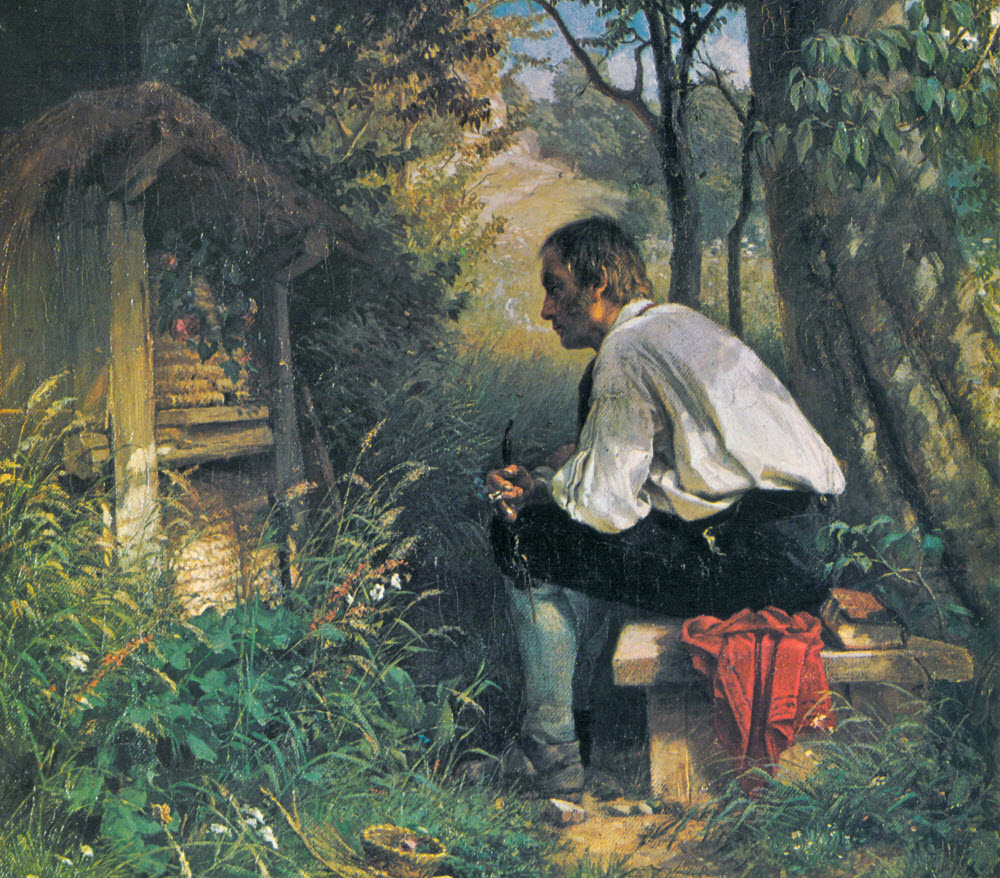 There was a time when almost every rural British family who kept bees followed a strange tradition. Whenever there was a death in the family, someone had to go out to the hives and tell the bees of the terrible loss that had befallen the family. Failing to do so often resulted in further loss such as the bees leaving the hive, or not producing enough honey or even dying. Traditionally, the bees were kept abreast of not only deaths but all important family matters including births, marriages, and long absence due to journeys. If the bees were not told, all sorts of calamities were thought to happen. This peculiar custom is known as “telling the bees”.

Humans have always had a special connection with bees. In medieval Europe, bees were highly prizedfor their honey and wax. Honey was used as food, to make mead—possibly the world’s oldest fermented beverage—and as medicine to treat burns, cough, indigestion and other ailments. Candles made from beeswax burned brighter, longer and cleaner than other wax candles. Bees were often kept at monasteries and manor houses, where they were tended with the greatest respect and considered part of the family or community. It was considered rude, for example, to quarrel in front of bees.

The practice of telling the bees may have its origins in Celtic mythology that held that bees were the link between our world and the spirit world. So if you had any message that you wished to pass to someone who was dead, all you had to do was tell the bees and they would pass along the message. Telling the bees was widely reported from all around England, and also from many places across Europe. Eventually, the tradition made their way across the Atlantic and into North America.