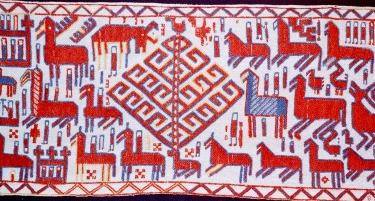 According to Fjölsvinnsmál, Víðópnir or Víðófnir (Old Norse, possibly “wide-open” or “wind-weaver”) is a rooster that sits at the top of Mímameiðr, a tree often taken to be identical with the World Tree Yggdrasil. They appear in Norse Mythology, although the name does not otherwise occur in medieval sources.

The tale is a part of Fjölswidlied Svipdagsmál and comes from a manuscript in the late pagan period. It is estimated to be from the 13th Century and is interpreted as pure poetry in the style of the Edda songs.

The cock is golden in colour and shines like a thunderstorm. As a virtually immortal guard, he watches over the integrity of this world. He is generally a symbol of sun and fire. His crowing at dawn stands for vigilance and for the victory of light over darkness. Thus he is a symbol of a returning life, and is considered among the Germans as a spiritual guide.

Karl Joseph Simrock suggested the name Widofnir in the sense of Windofnir (Weaver of the wind), being Windofnir the name of the skies of Vanir, regarded as the Norse deity of fertility.

Below: This tree from the Viking Age Överhogdal tapestries, is believed to show Yggdrasill with Víðópnir.